Raphael Warnock Admits He is a Failure in New Ad 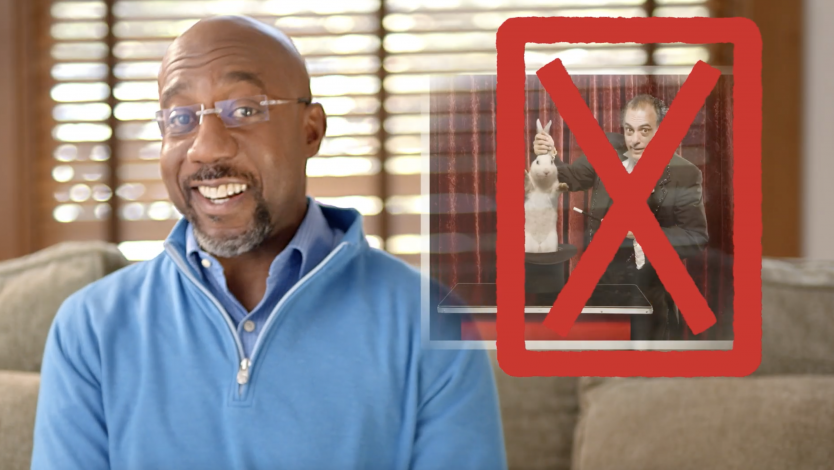 ATLANTA ­– Today, Herschel Walker released a statement in response to Raphael Warnock’s new TV ad. In the ad, Senator Warnock claims the rising inflation, out-of-control gas prices, and soaring crime are somehow not his fault — because he isn’t a magician.

“Senator Warnock has fumbled the ball every play and is now trying to act like he wasn’t in the game,” said Herschel Walker. “In January 2021, gas was $2.33. Now, gas is $4.31. In January 2021, our borders were secure. Now, illegal immigration is at the highest point in decades. In January 2021, America was energy independent. Now, we are reliant on our enemies for oil. Warnock has voted nearly 100% of the time with Joe Biden’s disastrous agenda and is 100% responsible for this mess. No, Senator Warnock — Georgians don’t want a magician, they just want results.”

“Looks like Raphael Warnock’s campaign has a new slogan: lower your expectations,” said Mallory Blount, campaign spokeswoman. “Senator Warnock cannot vote 96% of the time with President Biden and then expect to abracadabra his results away with a 30-second ad. Georgians aren’t stupid. Senator Warnock’s policies have caused prices to skyrocket, crime to soar, and our borders to be wide open. Raphael Warnock knows it, and Herschel is going to spend the next 7 months making sure every single Georgia voter knows it too.”