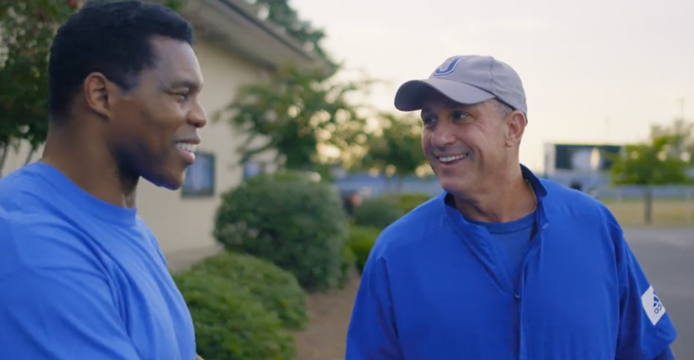 “When you think of Herschel Walker, you think of Georgia,” Coach Norton says in the ad. “People always talk about what a great player he was. To me and to our kids here at Johnson County High School, he’s more of a role model and a fantastic human being. He treats everybody as if they are more important than he is.”