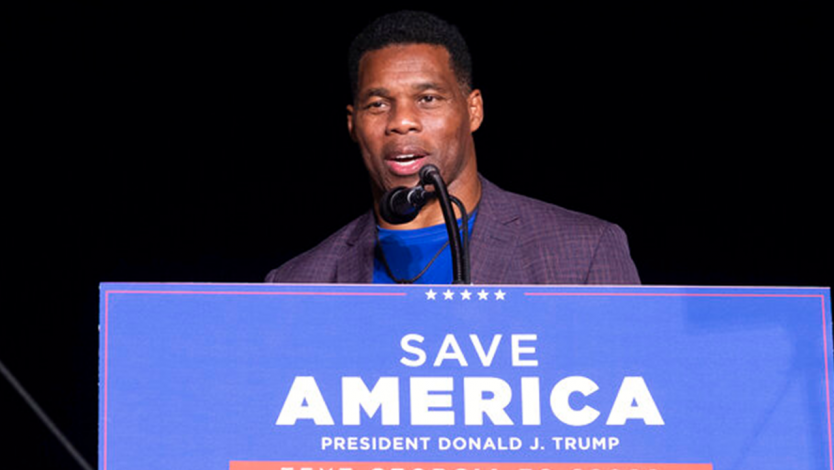 There were plenty of concerns and questions over a Herschel Walker Senate candidacy over the summer, when the former football star with some potential political baggage was mulling a run in Georgia, a key battleground state the GOP hopes to flip from blue to red in next year’s midterm elections.

But fast forward a couple of months, and Republican leaders are starting to rally around Walker, a strong ally and surrogate of former President Trump who’s running in a race that may determine if the GOP wins back the majority in the Senate in the 2022 elections.

“I am proud to endorse Herschel Walker for U.S. Senate in Georgia,” Sen. John Thune, the number-two Senate Republican, said on Monday as he endorsed Walker.

The Senate GOP whip and longtime lawmaker from South Dakota had voiced reservations about Walker’s candidacy earlier this year, but in his statement backing the frontrunner for the Republican Senate nomination in Georgia, Thune emphasized that “Herschel Walker is a fighter, a uniter, and a proven winner with the ability to bring Republicans together to win in November.” Thune becomes the first of the six-member GOP Senate leadership team to back Walker.

Walker, a former professional and college football star running back who won a Heisman Trophy and helped propel the University of Georgia to a national championship, launched his Senate campaign in August after months of support and encouragement to run from Trump, his longtime friend.

His announcement came amid concerns from Republicans in Georgia and on Capitol Hill over the first-time candidate’s ability to win a crucial seat for the GOP.

Among the concerns was that Walker is untested under fire on the campaign trail and has not made it clear where he stands on many key issues. And those not on board with Walker’s candidacy spotlighted that Walker comes with plenty of potential political baggage that could give his opponents ammunition — his well-documented struggles with a mental illness known as dissociative identity disorder, accusations by his ex-wife of being “physically abusive,” and reports that he exaggerated the success of a food services company that he owns.

The 59-year old Walker has discounted such concerns but to date has run a carefully scripted campaign as he aims to challenge Democratic Sen. Raphael Warnock next year.

Walker was quickly endorsed by Trump, which along with his tremendous name recognition in Georgia boosted him to frontrunner status in the GOP nomination race. And when it comes to fundraising, Walker sprinted out of the gates, hauling in $3.7 million from his late-August launch through the close of September, which marked the end of the third quarter of fundraising.

The endorsement by Thune – first reported by Politico – comes in the wake of the candidate’s fundraising haul and his recent comments pushing back against Trump’s recent comments that Republican voters may sit out the 2022 and 2024 elections if the former president’s repeated unfounded claims that the 2020 election was “rigged” and “stolen” aren’t addressed.

“That is not the right the message. Everyone has to get out and vote and we can’t look at the past,” Walker said a week ago in an interview on Fox News Radio’s “Brian Kilmeade Show.”

Republicans close to longtime Senate GOP leader Mitch McConnell over the summer privately expressed concerns whether Walker would be ready for the rigors of a high-profile Senate campaign. But such talk from McConnell’s inner circle has seemed to dissipate, and Thune’s support – he becomes the fifth Senate Republican to back Walker – could be a prelude to an endorsement from the Senate GOP leader.

Sources tell Fox News that Walker spoke with Thune ahead of the senator’s endorsement and has had what’s been described as “a cordial conversation” with McConnell.

A longtime Georgia-based GOP consultant and veteran of Senate campaigns tells Fox News that there’s less concern now among Republicans in the Peach State regarding a Walker campaign.

But the consultant, who asked to remain anonymous to speak more freely, predicted “I think [the Democrats] are holding everything they have on Walker until he gets through next year’s primary and then it’s just going to be a slow drip, drip, drip kind of thing.”

“What is secretly keeping some Republicans down here up at night is what do we not know, and are there people who the Democrats can get on camera come next fall. That’s what I think could ultimately torpedo his campaign,” the consultant said. “That could ultimately be a death blow.”

As Republicans aim to win back the Senate majority they lost in January when the Democrats narrowly swept Georgia’s twin Senate runoff elections, they’re playing plenty of defense, defending 20 of the 34 seats up for grabs, including five open seats – with two of them in the crucial battlegrounds of Pennsylvania and North Carolina.

But they also see opportunities to flip blue seats red in four states, including Georgia. And they view Warnock as one of the most vulnerable Democrats running for reelection in 2022.

Warnock defeated Republican Sen. Kelly Loeffler, who was appointed by GOP Gov. Brian Kemp, by a razor-thin margin on Jan. 5, to serve the final two years of the term of former GOP Sen. Johnny Isakson, who resigned in 2019 due to health reasons.

But defeating Warnock next year won’t be easy, as Georgia’s first Black senator has set fundraising records since taking office. Warnock hauled in an eye-popping $9 million in the third quarter of this year, bringing his cash on hand to roughly $17.2 million.