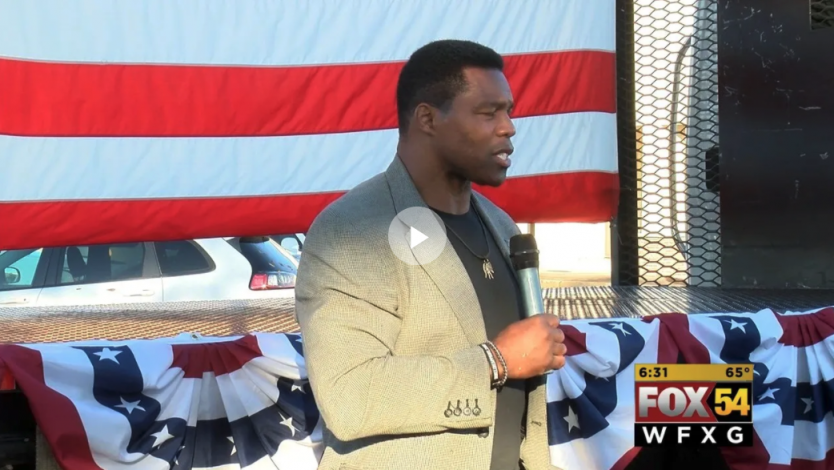 The event was held at the Columbia County GOP Headquarters as he campaigns for votes across the state, with endorsements from Republican leaders like former President Donald Trump and current Senate Minority Leader Mitch McConnell.

“It’s exciting to be back here because, you know, this is home,” said Walker following his campaign event where he spoke exclusively with FOX54.

Walker says his campaign is currently focused on listening to citizen’s concerns.

“We’re trying to do listening sessions all throughout the state. I want to hear what the people have to say. I think one thing that’s important is we got to see what’s going on in the state,” he said.

One concern Walker says he has heard from citizens is recent crime waves, both locally and statewide.

“People are continuing to say that they’re demonizing our police and make our criminals heroes. Right now we need law and order,” he said. “Every family wants to have public safety, they want to feel safe going out to places.”

He continued on to say citizens are also worried about the economy with recent spikes in prices at the pump and at the grocery store.

“People see the economy. Gas prices going out of the roof right now, food going up, you know we have got to stop that. Something is going wrong,” Walker said.

He is running against five other Republicans in their primary, which is slated for May. Another big name on the ticket is former Georgia Insurance Commissioner Gary Black.

FOX54 reached out to Senator Warnock’s office about his campaign, but his team did not respond to requests for comment.